The ROOT project uses a Jenkins instance to schedule a number of software development procedures (nightly builds, production of releases, documentation generation, etc.). Practical information about the service can be found here. The purpose of this page is to document the different existing procedures for the ROOT project and basic interaction with them to obtain most of the information.

Each project in the SFT Jenkins has a specific ‘tab’ for the defined project jobs. The ROOT tab contains all the defined jobs for ROOT. They are organized as follow:

Understanding information for a single build

The Status shows a summary for the build. In case of multi-configuration jobs it it also show the configuration matrix that can be used to select a contrete configuration. See the following figure: 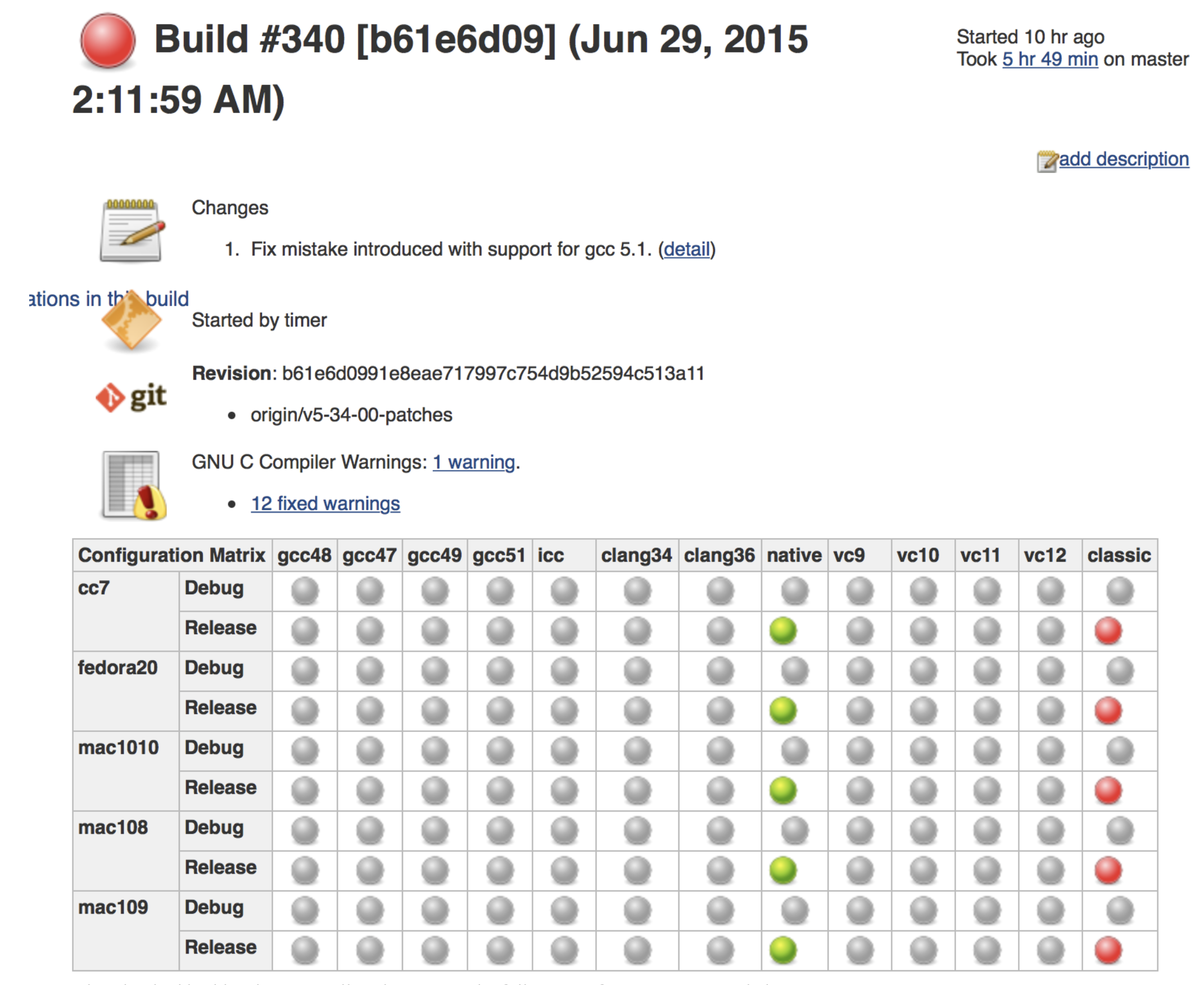 For each individual build (select one cell in the matrix) the following information is provided: