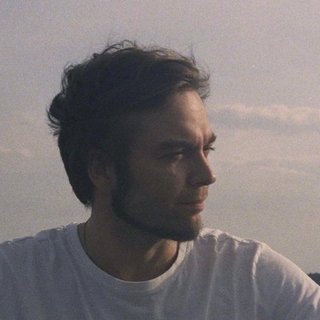 ROOT is written in C++, a language with complete manual control over the memory. Therefore, execution of your your ROOT script may sometimes lead to a crash providing minimal information in the stack trace. ROOT does not provide any out-of-the-box solutions for debugging ROOT scripts. Hence, a question about debugging ROOT scripts now and then arises in the ROOT community.

A few words about the operating system (OS). In this post, I will use Linux-based OS as a system of choice. The same process applies to macOS, but may require a code signing procedure. Windows is a different story.

In principle one does not need any of these to invoke a debugger on a ROOT script. One can simply debug the root.exe binary with gdb:

I will outline a more extensive approach of debugging a ROOT script, that contains three fundamental ingredients:

ROOT binaries with debug symbols are not provided for Linux and macOS. Therefore we will manually compile ROOT from the source on a local computer. This comes with benefits. Many potential issues can be eliminated: a mismatch between the compiler versions; inconsistency between Python versions. Additionally, when compiling ROOT from source, it is possible to turn on a few optional features that are not available in the pre-compiled executable version.

The steps required to compile ROOT from source are outlined here. To compile ROOT with debug symbols, additionally pass the -DCMAKE_BUILD_TYPE=Debug or -DCMAKE_BUILD_TYPE=RelWithDebInfo (default) option to CMake. The former for a slower ROOT that the debugger can work with without issues, the latter for a faster, optimized ROOT that still contains useful information for the debugger. Optionally it is useful to add -Dall=ON to compile ROOT with all optional features and components turned on.

To simplify the install process on Ubuntu and Fedora-based systems I created unofficial one-liner scripts. These scripts locate the latest ROOT version on the CERN servers, download the framework source code to the ~/Source/ folder, satisfy the dependencies, build ROOT framework with debug symbols and most common options turned on, install ROOT binaries under ~/Applications/ folder and set up necessary environment variables. Scripts can be invoked by the following commands:

Feel free to reach out to me concerning any issues with these scripts. Alternatively, open an issue in the corresponding GitHub repo.

Refer to the original documentation to install Eclipse IDE. On Fedora Linux, it is a one-liner: sudo dnf -y install eclipse. After the installation is complete, perform the following steps:

Therefore, we will limit the heap to 2 GB. Locate your eclipse.ini configuration file. On my Fedora machine, it is /usr/lib/eclipse/eclipse.ini. Sometimes eclipse.ini is located inside your Eclipse installation folder. With text editor set minimum and maximum heap limits respectively: -Xms512m and -Xmx2048. Alternatively one can use sed with -r REGEXP parameter (double-check your eclipse.ini location below):

Last but not least, it is useful to turn on the indication of the current heap size used by Eclipse. This can be done in Window > Preferences > General > Show heap status. The heap size will be displayed in the status bar. If heap usage maxes out, increase it accordingly and restart Eclipse.

Technically it is possible to attach a debugger directly to the ROOT Cling interpreter root.exe. In my opinion, this approach is rather confusing, especially for a newcomer:

A alternative and robust solution is to turn our ROOT script into a standalone ROOT-based C++ program with main() function. This will ensure the correct entry point and provide an intuitive debugging flow.

If you are already taking advantage of CMake to build your ROOT-based project, feel free to skip to the next section. If not, you can refer to a template repository hosted on my GitHub. This repository contains a trivial ROOT-based program code and CMakeLists.txt configuration file ready for debugging. Check out the repository in the desired location on your computer. For instance, we download it into ~/Development folder.

Next, we set up an Eclipse project. Thankfully CMake offers IDE Build Tools Generators that automatically create projects for various IDEs. The Eclipse project is set up with the following command: cmake -G"Eclipse CDT4 - Unix Makefiles" -DCMAKE_BUILD_TYPE=Debug source/folder/path. Here /source/folder/path path must be the relative or absolute path of the project source folder containing CMake configuration file CMakeLists.txt. There are two options to carry out the build:

First, we create a new folder located outside of the actual project Git tree. For instance, we will name it root-eclipse-project. Generally speaking, the project generator build is initialized via the following command:

CMake project generator will create an Eclipse project and link ROOT includes (header files) to the project. However, extensive debugging requires access to ROOT source files. We address this process in the next section.

Attaching ROOT Sources to the Project

A legitimate way of attaching ROOT sources to the project is linking the original ROOT source folder as a library in our project’s CMakeLists.txt. However, this will require re-building the ROOT from source for every new project we set up.

I propose an alternative approach (sort of a hack) that works for me. We will scan the original ROOT source folder and symlink all the sources into the project tree, under the root-sources folder. However, we exclude this folder from the built-in CMakeLists.txt. This way, source navigation and debug source lookup will work just fine without building ROOT from the source. The steps are following:

I wrote a special Makefile function that implements the above functionality. This function is integrated into our project CMakeLists.txt. Pass the location of your ROOT sources to CMake via the ROOT_SOURCE_LOCATION variable:

Take care to replace my ROOT library path with the correct one on your file system. Here -DCMAKE_ECLIPSE_GENERATE_LINKED_RESOURCES=OFF disables creation of the [Subprojects] Eclipse project folder for out-of-source CMake build. The presence of this folder duplicates all project source files and dramatically slows down the indexer.

Setting Up Project in Eclipse IDE

Eclipse will automatically start indexing the project. Please kill this process because Eclipse will refresh the workspace and re-index all projects again after the first launch of a Debug configuration.

*Figure: Stop indexing operation. The indexer will restart after the Debug configuration is created.*

Setting up Debug and Run Configurations

We will start by setting up the main Debug configuration for Geant4 root-eclipse program.

*Figure: Expand 'Build Targets' and invoke 'all' target. Executable will be compiled.*
*Figure: Set up a new Debug configuration.*

Finally, we can run the project in Debug mode. In Eclipse menu select Run → Debug. Eclipse will run the project and simultaneously start indexing all ROOT source files. Depending on the speed of your hard drive and memory indexing will require from several minutes to about one hour.

If you originally have a standalone ROOT-based C++ project with CMake, then everything should work out of the box and you can skip to the next section.

Next we will discuss an alternative option. You don’t have a CMake based project and want to use my Template GitHub project. Then your ROOT script needs to be properly integrated into the existing project. Generally speaking, this involves following:

A detailed instrutions elaborating each item above can be found in my Template GitHub Project’s readme file.

Now we are ready to debug your ROOT script. Save changes in all modified source files. In Eclipse menu select Project > Build All (or run the all target under the Build Targets in the “Project Explorer” window). Finally, to start debugging run the previously created debug configuration in Run > Debug menu item.

On modern computers with NVMe hard drives Eclipse indexer will crawl ROOT sources fairly quickly. However, the indexing process can take about one hour on older computers SATA3 interface or magnetic disk drives (HDD). Please refer to the RAMDISK section here if you are interested in improving your indexing speed.

In this post, we learned how to set up and apply Eclipse IDE software for in-depth debugging of the CERN ROOT scripts. It was a process, so let’s draw a line and summarize what we learned today:

I hope you enjoyed this technical note. If not yet familiar, you can now continue learning fundamental Eclipse CDT hotkeys and debugging capabilities on YouTube.

Good luck with your projects! Feel free to leave comments below if you have any questions or recommendations.