The following people have been working on ROOT for some time in their career and ROOT would not be what it is without their contributions:

Andrei works since 2001 in the offline group of the ALICE experiment. He is an experimental nuclear physicist who worked before ALICE on data analysis for heavy-ion experiments in emulsions. In 2000 he started collaborating with the ROOT project and implemented the TreeViewer interface. Andrei is the main developer of the ROOT geometry package. He integrated the geometry in the Virtual Monte Carlo framework by developing interfaces for the GEANT3, GEANT4 and FLUKA particle transport engines.

Anna was a project associate and contributed to different parts of ROOT, most notably to the fitting machinery, the interface to FFTW, numerous math-related functions, TEntryList container and PROOF GUI.

Danilo is a particle Physicist and scientific software enthusiast. He has been a member of the ROOT team from 2013 to 2019 and contributed to many of its areas: I/O, reflection, math and statistics. He was mainly involved in the aspects of ROOT related to parallelism, performance and programming model.

David has been working on improving the performance and correctness of various mathematical algorithms as well as on integrating AI methods for data analysis inside the framework. He has also worked on extending and improving the FitPanel interface.

Eddy joined the ROOT team during a sabbatical to work on making the ROOT matrix package the fastest and most versatile in the industry.

Ilka has been working from 2002 to 2008 in the ROOT team. She was responsible for the GUI system and designed many high level user interfaces and widgets, like found in many modern graphics applications: ROOT graphics editor (GED) and various object editors, Fit Panel, Style manager, a tool for automatic C++ code generation of any widget and the capability for widgets to save themselves. In addition Ilka took care of the ROOT Users Guide and contributed the chapter ‘Writing a Graphical User Interface’.

Gerri was a team member for more than ten years; among many other contributions he was in charge of PROOF for many years. 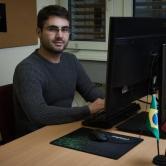 Guilherme has always been at the interface between physics and computer science. He started his undergraduate studies in computer science at the University of São Paulo (USP) campus in São Carlos in 2000, but later moved to the São Paulo campus for the course of molecular sciences, a special interdisciplinary program of the university aimed at preparing students for scientific research. In 2004, he moved to Japan for his master degree in nuclear physics at the University of Tokyo, where he studied the elastic and inelastic scattering of ⁷Be+p. He then moved on to obtain his PhD in aerospace engineering from the University of Illinois at Urbana-Champaign, USA. Guilherme then worked for two years at São Paulo State University (UNESP) in collaboration with CERN and Fermilab before joining the ROOT Team in April of 2017. His responsibilities in ROOT include working on the build system, performance analysis and optimization, and support for SIMD vectorization.

Jan was working in the context of a Ph.D. on scheduling and load- balancing of distributed processing in the Parallel ROOT Facility (PROOF).

Leo worked a Marie-Curie fellow in the ROOT team from 2005-2008. He worked on a number of widely different topics, from parallel sockets, I/O read-ahead, CINT dictionary, etc.

Maarten's initial dab into ROOT was porting it to Linux in 1995. Later he worked on the PROOF system, bringing into production for the RHIC experiments in Brookhaven.

Masa is the father of CINT. Without the indefatigable support by Masa we would never have succeeded with the tight integration of CINT in ROOT. Masa is now managing a large division in Agilent and cannot spend as much time on CINT as he would like.

Matevž Tadel is the main developer of 3D graphics and event-visualization packages. He holds a Ph.D. in experimental high-energy physics, obtained in 2001 for his work on electron reconstruction in the ATLAS experiment. Before joining the ROOT team in 2005, he worked on Gled - an advanced ROOT-based system for distributed computing and dynamic visualisation.

Paul joined the ROOT team at Fermilab in 2005 and has been focusing on support and developing CINT.

Pere Mato was the project leader from 2014 to 2017. He was the driving force behind ROOT's migration to CMake and has contributed to PyROOT.

Richard worked as project associate on the 3D graphics OpenGL based system. 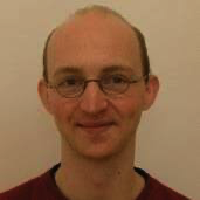 Stephan is a particle physicist, and obtained his Ph.D. at the university of Bonn in Germany. He worked in ATLAS to improve the sensitivity in the search for Higgs --> bb decays. His main focus was on analysis frameworks, machine learning, systematic uncertainties and statistical models. He joined the ROOT team in 2018 to support and improve RooFit. He further looks into math and statistics, as well as into questions regarding performance and programming model.

Timur worked as a project associate on many different aspects of ROOT, but mostly on the OpenGL accelerated 3D graphics and the native macOS Cocoa based GUI. Timur also ported ROOT to the iPad. He continues to maintain the OpenGL and Cocoa code till this day.

Valeri was a member of the ROOT team from 1998-2000. He made the initial port to Windows. Currently he is the maintainer of the ROOT-Qt interface.

Valeri worked as a project associate on many different aspects of ROOT, but mostly in the GUI and graphics area. He did develop the signal/slot functionality and the GUI builder. He also developed the Carrot ROOT enabled web server.